Publisher of The Fort Worth Star Telegram and civic booster for Fort Worth.

Amon Carter was born Giles Amon Carter in Crafton Texas. His family moved to Bowie Texas after his mother passed away in 1892. As an industrious young man he sold “chicken and bread” sandwiches to passengers at the rail station during the depression. It has been said that the chicken was actually rabbit that he and his friends had hunted. Bowie Texas still celebrates an annual Chicken & Bread Festival in October.

Beginning as an advertising salesman for the local paper in 1905, he soonafter opened his own paper, The Fort Worth Star. The first paper was published on February 1, 1906. In 1909 Carter purchased the competing paper The Fort Worth Telegram, and combined the two to form The Fort Worth Star-Telegram.

Fort Worth Texas – Where the West Begins

The phrase that still appears beneath the main banner of the Star-Telegram was coined by Amon Carter during the 1920’s. Carter built a national reputation as the quintessential Texas cowboy and used his money and influence to attract investment and industry to Fort Worth. Will Rogers, Walter Winchell and Charles Lindbergh were friends and frequent visitors to Carter’s Shady Oak Farm along with nearly every celebrity, politician or businessman who passed through Fort Worth.

One of the original founders of The Fort Worth Club, Amon Carter led the city’s “7th Street Gang”. The group of businessmen and politicians worked to attract businesses to the city and held absolute power and influence over all policies and decisions made at city hall. It is said that the entire city council would have a pre-council meeting at The Fort Worth Club and then walk down the street to City Hall to vote.

Amon Carter famously took a sack lunch with him each time he visited Dallas, just to show his disdain for the city.

Carter’s legacy can be seen throughout Fort Worth in businesses he helped attract and in buildings that bear his name: 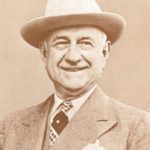 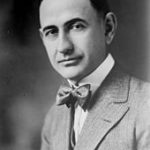 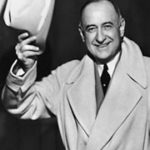 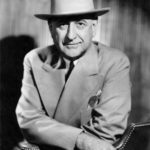