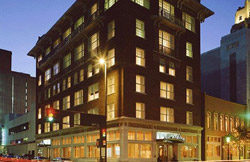 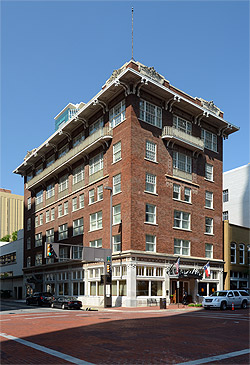 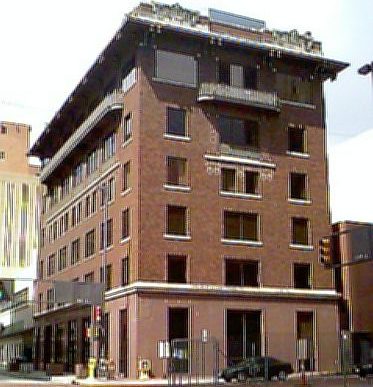 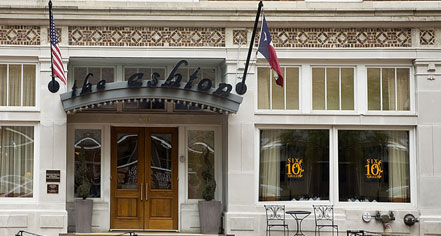 The Fort Worth Club was originally formed as the Commercial Club and built their first building on this site in 1887.  In 1906, they changed to their current name.  The prime ground floor tenant of the Commercial Club Building was Haltom’s Jewelers.  In 1915, the club demolished their three story building to build an even larger club facility.Haltom’s Jewelers occupied the ground floor in the new structure, as well.

In 2013 the hotel was sold to Hilton Hotels and is now a part of the company’s luxury portfolio. Recent guests of the hotel have included Bill Gates and Warren Buffet. The Ashton is downtown Fort Worth’s luxury boutique hotel.

The building is Italianate in style and utilizes wrought iron balconies with decorative brick and cast stone patterns. Architects were Muller and Pollard of Fort Worth.  William Bryce was the General Contractor.  The building was designed to be constructed 12 stories, but only 6 floors were built. When the building was redeveloped by Taylor and Shirlee Gandy in 2001 the remodeled base was stripped away and the original facade was restored.  Restoration work also included installing replacement windows that resembled the original ones.  The hotel has 39 rooms with a health club, ballroom, and meeting rooms. In addition to this, the hotel’s restaurant  features a piano bar, wine cellar, and private dining room.  The hotel opened on April 23, 2001.  Robert W. Kelly of Fort Worth was the architect for the project.