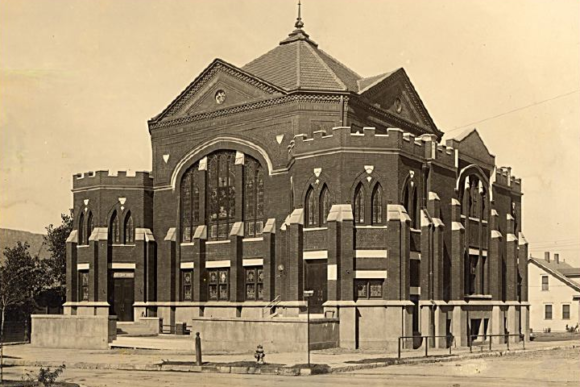 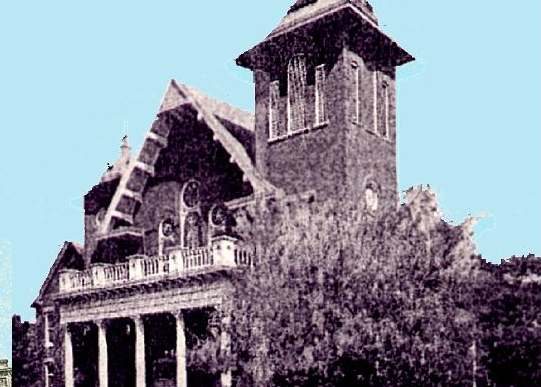 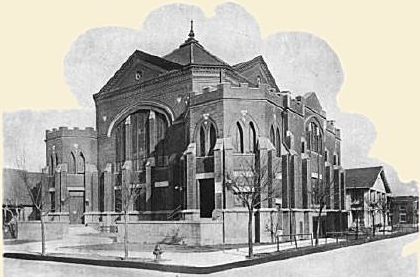 Today’s St Stephen Presbyterian Church was established in 1884 as Broadway Presbyterian. On April 3, 1909 the great southside fire claimed the first church building at the corner of St Louis & Broadway. The church rebuilt on the same site and held their first services on January 1, 1911 in the new building. The magnificent red brick and stone building had a medieval style with buttresses and towers. A huge chandelier was rigged with a cable and crank so it could be lowered for cleaning and maintenance.

In 1940 the congregation relocated to their current home on Park Hill near TCU and the property was sold to neighboring Broadway Baptist. The building was torn down and has been used as a parking lot for the church to this day.

Upon moving to the new location the congregation changed its name to St. Stephen Presbyterian Church.