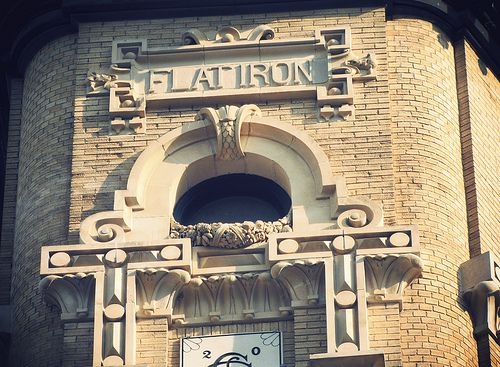 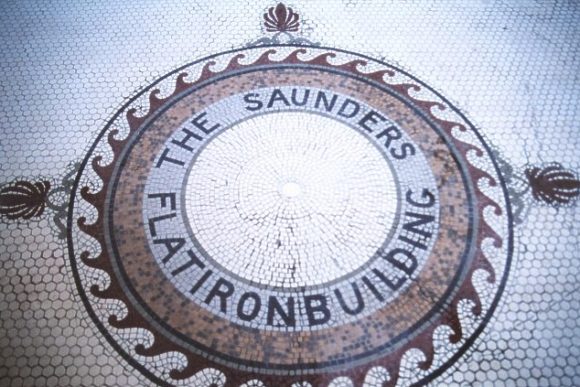 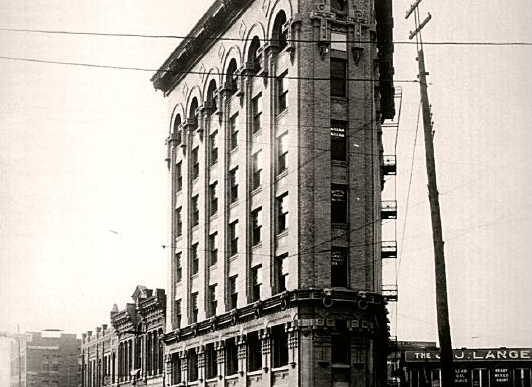 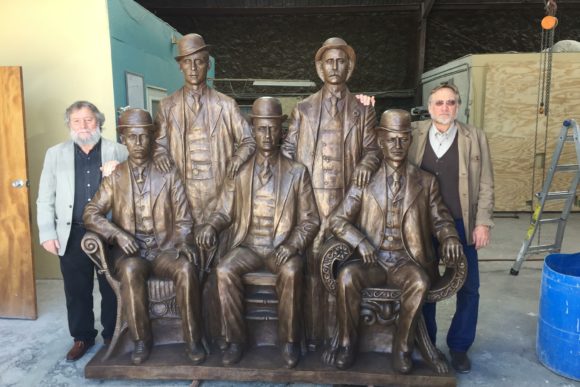 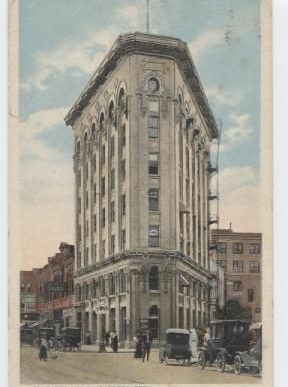 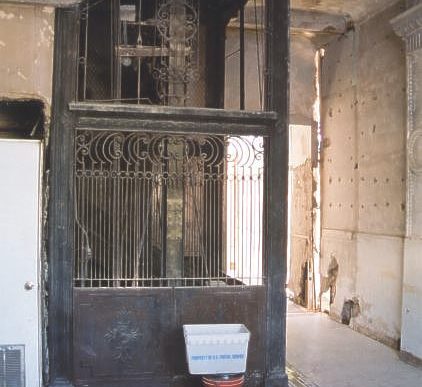 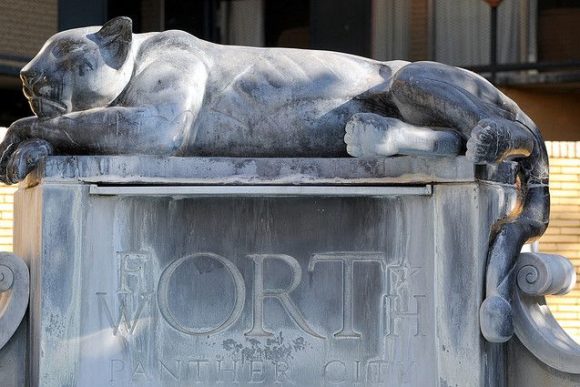 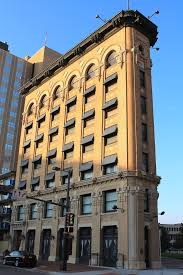 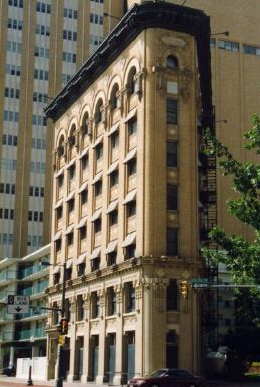 The Flatiron building was built by Fort Worth physician Bacon Saunders to house medical offices and a surgical center on the top floor. Ironically fort Worth’s namesake, General William Jenkins Worth is buried at the base of the New York City Flatiron building in a patch of ground called “Worth Park”. General Worth died shortly before Fort Worth was founded. 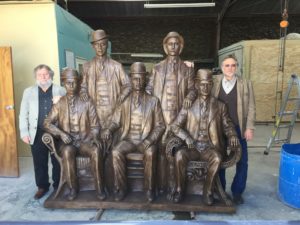 The current owner of our Flatiron Building is Dr George Cravens, a Neurosurgeon who has offices in the building and a residence on the top two floors. Dr Cravens completed a restoration of the building that is said to have cost more than $4 million. The marble panther sculpture in the adjacent Hyde Park was commissioned by Dr. Cravens and donated to the city. The artist, Franco Alessandrini has also sculpted a bronze replication of the famous photo of  the Butch Cassidy gang. The new sculpture will be displayed to the public in an alcove of the new urban duplex that Dr Cravens is building between the Flatiron and the Park Central Hotel. 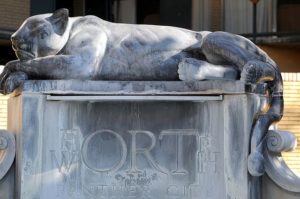 This structure, one of the signature buildings of Fort Worth, was designed by Sanguinet & Staats in the renaissance revival style. It was modeled after the Flatiron Building in New York (1902). Our Flatiron Building was one of the first steel framed buildings in Fort Worth and was one of the tallest commercial buildings in North Texas in the early 1900’s. Originally designed with 10 stories, three floors were cut from the building due to budgetary constraints. In the early 1900’s citizens of Fort Worth held a great deal of civic pride and the Panther mascot was widely used by businesses, sports teams and buildings.

The building is constructed of reinforced concrete over a steel frame. The facade is divided into a two story base supporting a five story body capped by a heavily ornamented cast iron cornice. The east and west facades are further divided into bays by piers which rise to arches in the top level. The building carries further ornamentation in the form of carved panther heads above the second story and brick lozenges.