This high school opened in 1918 and was designed by Sanguinet & Staats.  It was built by two construction companies: The Bryce Building Co., and the Wyatt C. Hedrick Construction Co.  The original portion of the building, which is the main facade, features a red brick veneer with glazed cream colored terra cotta trim.  The building’s architectural style is eclectic with both Gothic and Prairie School elements.  The main wing consists of three massive four story pavilions joined by three story sections.  The interior finishes include hexagonal ceramic tile floors with plaster walls and ceilings.  In 1927, the rear wings and the auditorium were designed by Wylie G. Clarkson and constructed by the Harry B. Friedman Construction Co.  This addition is identical in style to the original building and is very difficult to distinguish from the original on the exterior.  Subsequent additions were made in 1955, after it became the technical high school, and in 1966. In 2002, a new 2 story Technology Wing and cafeteria was built on the southeast side of the school. This wing was constructed by Thos. S. Byrne of Fort Worth. 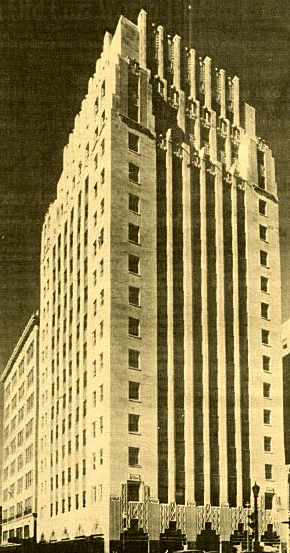