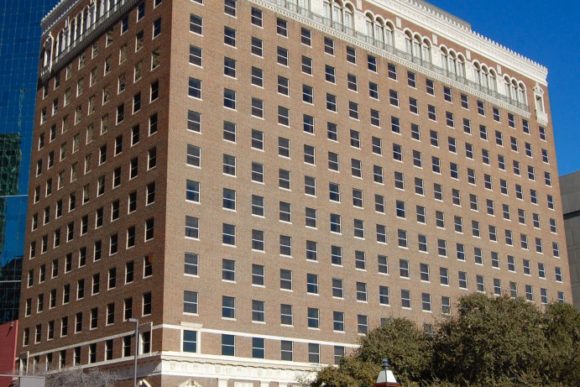 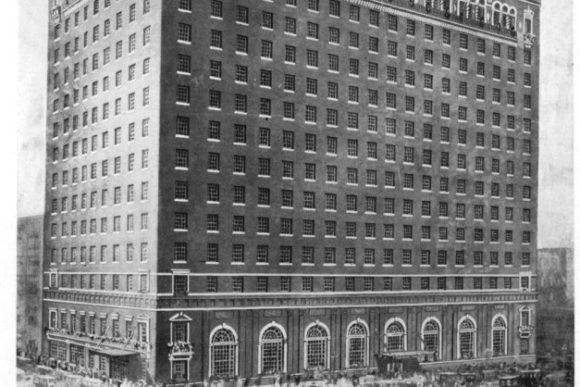 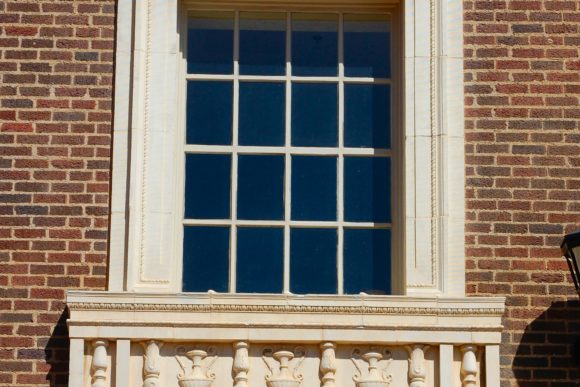 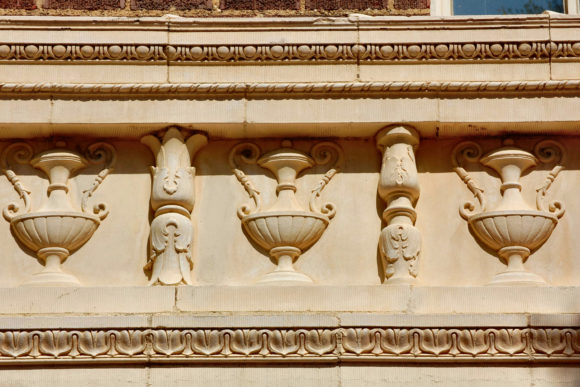 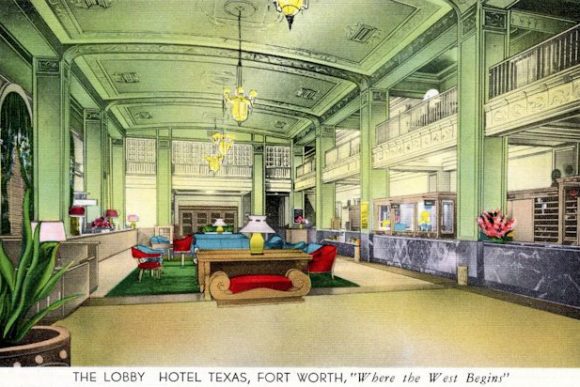 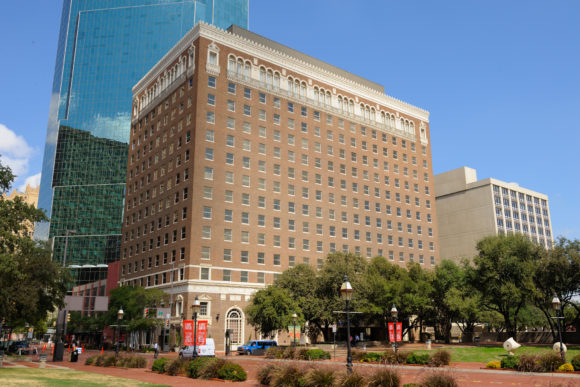 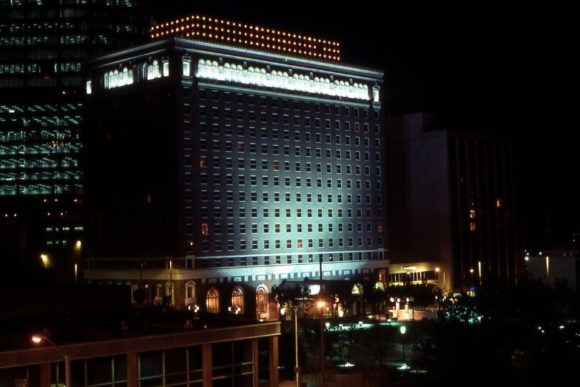 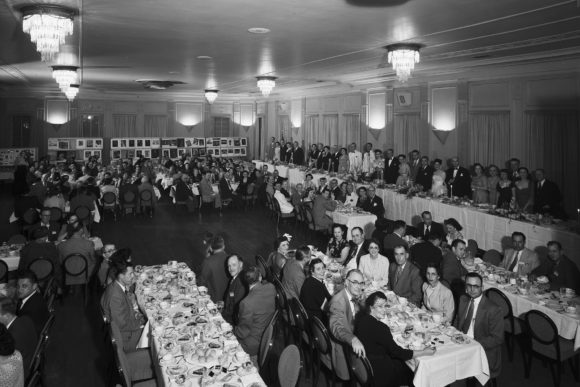 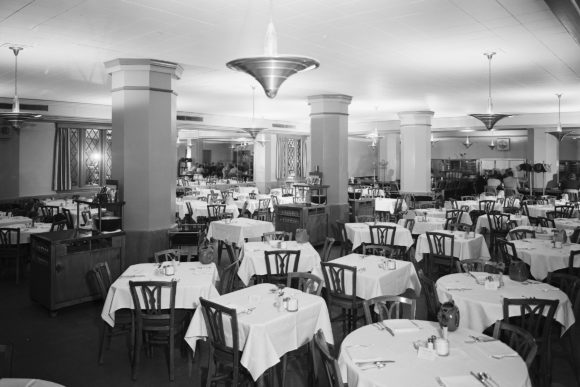 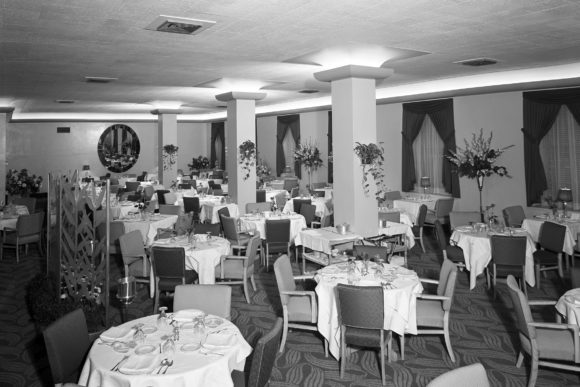 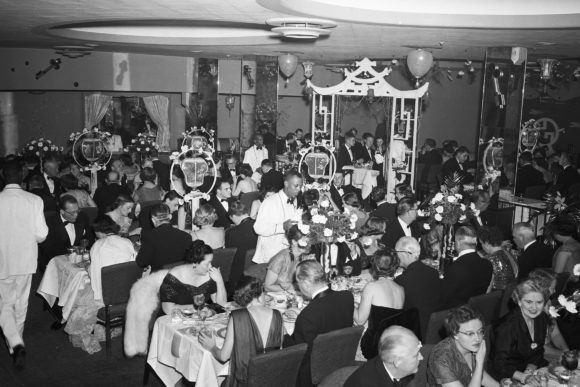 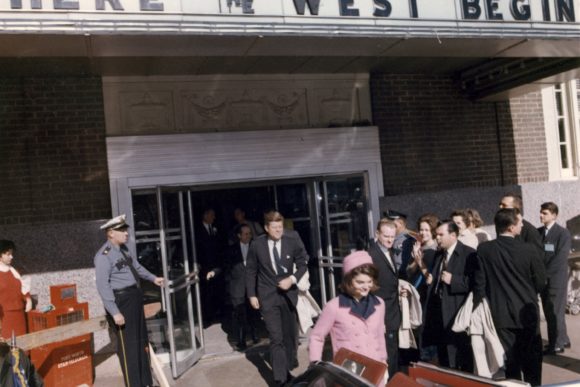 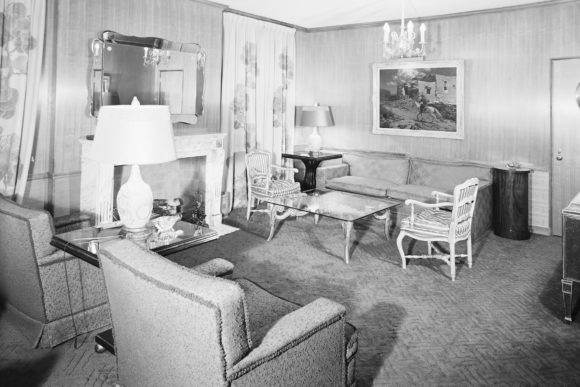 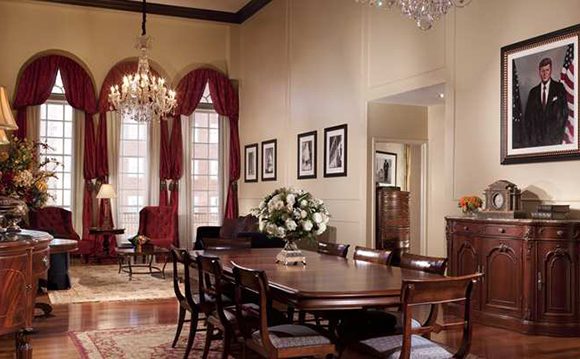 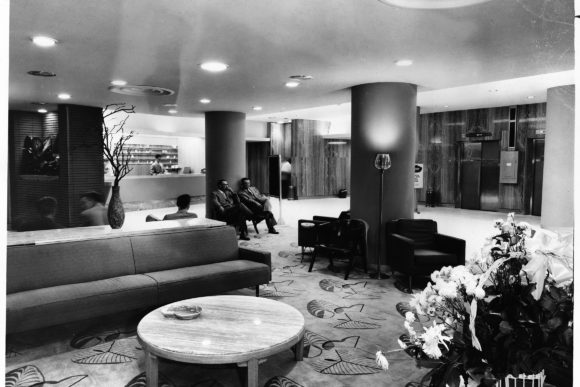 In 1919, some of the city’s most prominent businessmen formed a group to build a first-class hotel. The hotel was originally known as the Hotel Texas and it was in room 850 that President John F. Kennedy spent his last night. On the morning of  November 22, 1963 he emerged from the front door of the hotel and addressed a large crowd that had been gathering since before dawn. Following his brief address outside he spoke to a large group of Fort Worth civic leaders at a Chamber of Commerce breakfast in the hotel ballroom. Later that day he was assassinated in Dallas.

Suite 850 is no longer the same due to renovations throughout the last 50 years. What remains of its original location now is the standard room 808. 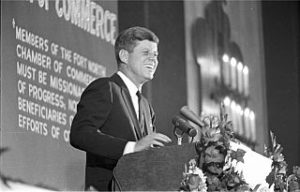 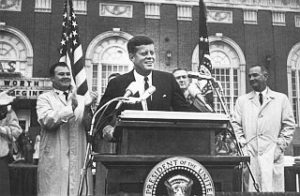 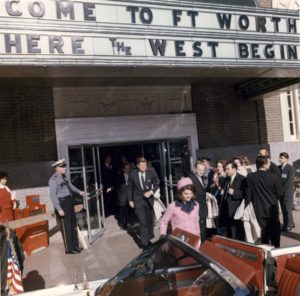 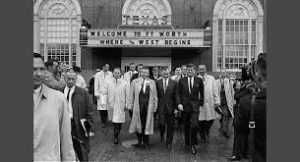 Fort Worth’s top architectural firm of Sanguinet & Staats was asked to design the building so that it would resemble the Burk Burnett Building. Sanguinet & Staats also recruited some help from Mauran, Russell, & Crowell from St. Louis. Westlake Construction Co. was the contractor.

The 13 story building is classical in style. In 1961, an addition was constructed to the north, featuring a ballroom on the second level. In 1968, coinciding with the opening of the Convention Center, a major renovation destroyed the original lobby by constructing a floor within the original two story lobby. An annex was constructed across Commerce Street and the hotel became known as the Sheraton Fort Worth. This annex added eight stories on top of the old Biltmore Garage, which was constructed in 1928.  The hotel operated as a Sheraton until 1979, when it was closed for restoration. The Hotel was restored by architects Jarvis, Putty, Jarvis in 1981 and only the “space” of the lobby was brought back to the original configuration. Nothing was left of the original, so a new interior was designed and it featured an atrium that was built between the wings of the “U” shaped tower. At this time, new lighting was installed on the upper levels to resemble the original lighting of the hotel. It was at this time the hotel became a Hyatt Regency and it opened with 502 guest rooms in the original building and the annex. The hotel changed management companies in the 1990’s and operated as a Radisson until March 2006. Under this management, the lights on the upper floors were turned off. In its last days as the Radisson, the interiors of the hotel were upgraded and on April 1, 2006, the hotel was officially re-branded the Hilton Fort Worth Hotel.

The annex tower was not converted and after sitting vacant for so many years it was acquired by a company that is renovating the Sinclair building into a Marriott Autograph hotel. The annex will be renovated as corporate apartments.

With its latest configuration, the Hilton Fort Worth has 294 guest rooms.  Ruth’s Chris Steak House operates a restaurant on the lower floor of the 1961 addition.