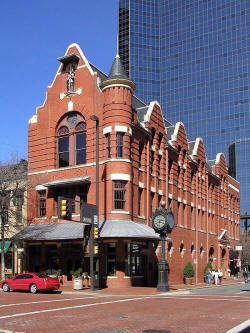 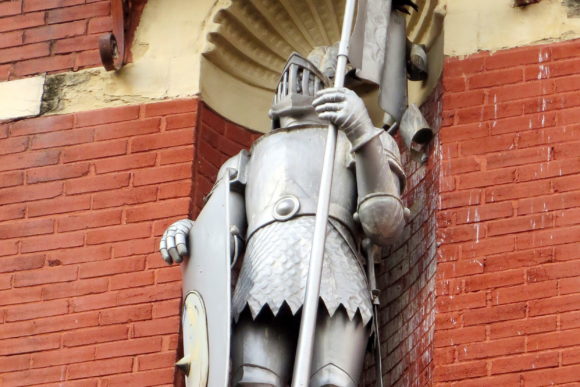 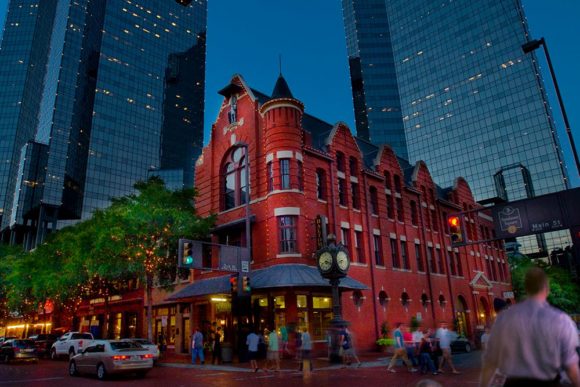 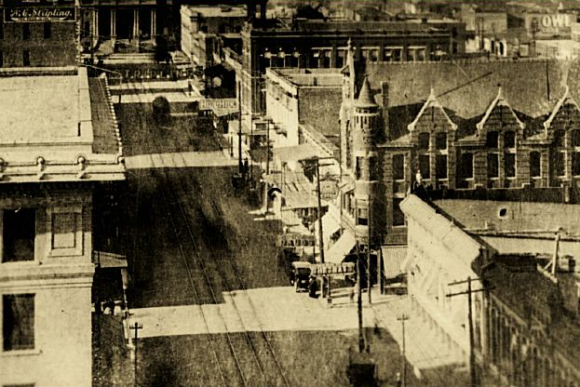 This replica of a medieval civic building is one of the architectural jewels of Sundance Square. It was designed by Sanguinet & Staats and built by William Bryce. Bryce served as Mayor of Fort Worth.  The first Knights of Pythias Castle Hall ever built was constructed on this site in 1881, and it burned in 1901. Later that year, the building was rebuilt from the ruins and the design was altered somewhat by the addition of the gabled roof and the turret on the corner. The building was also the site of the first offset printing press and the first washeteria. In 1981, when the building was restored, a replica of the original knight (cast in 1882) was placed on the building. Thomas E. Woodward & Associates were the architects  and Thos. S. Byrne was the contractor for the restoration.  The principal tenant is Haltom’s Jewelers.