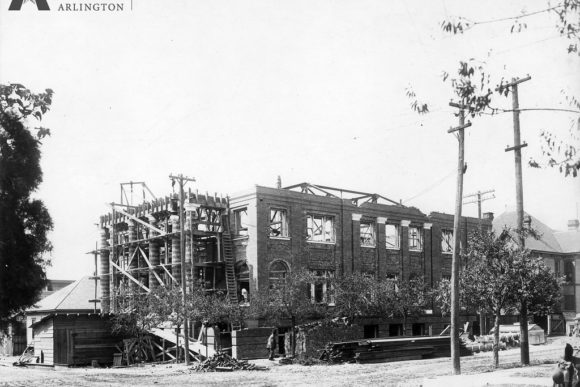 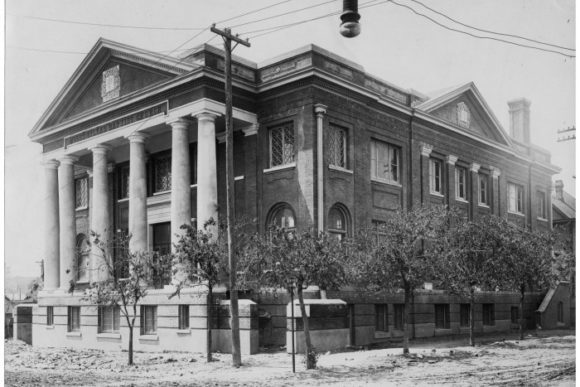 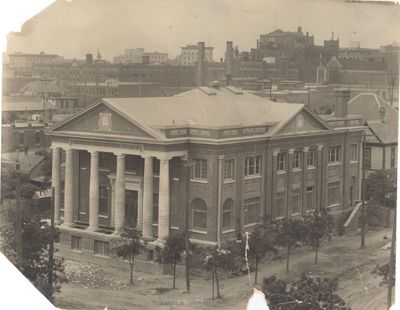 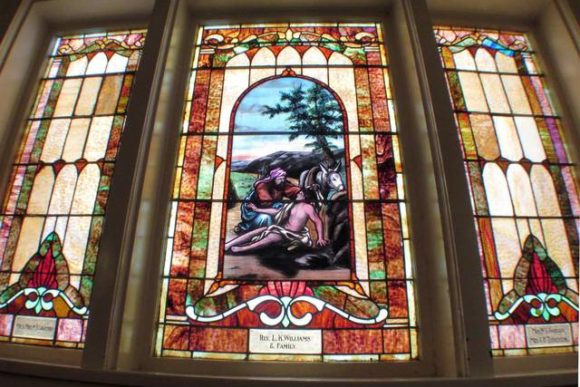 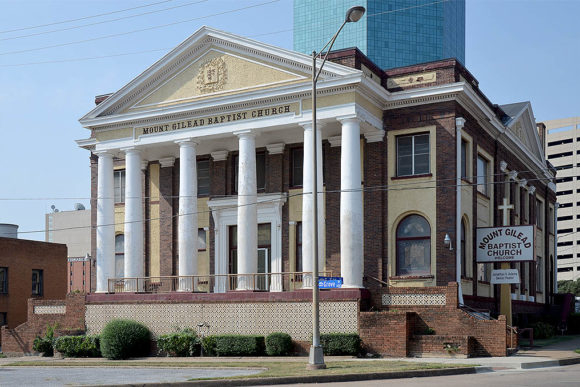 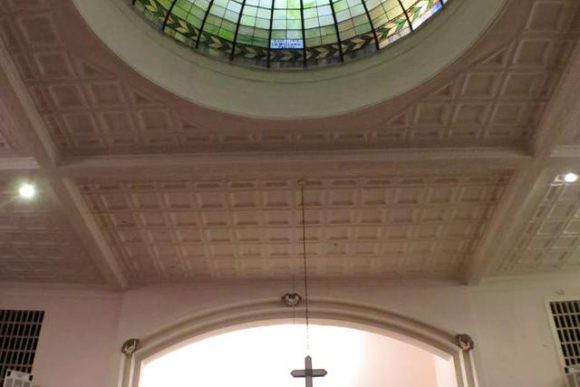 W.A. Rayfield was a contributing architect on this project. This church is Fort Worth’s oldest Baptist African-American congregation. At one time, the church anchored a thriving African-American neighborhood. Currently, the church sits at the edge of downtown with a freeway ending almost at the front door. There is a swimming pool in the basement which was a recreational amenity for African Americans who were not welcome at the public pools in times past. The congregation has dwindled but has resisted giving up the building as developers and other congregations have approached them with plans to acquire the historic church and restore it. 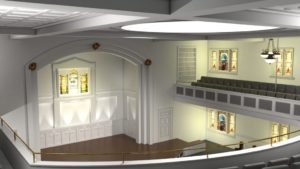 As of 2016 a neighboring congregation had made plans to acquire the building to be a new church in downtown. See the plans here.

Sanguinet & Staats were the Architects of Record on this beautiful church building.  J.W.O. Guinn and B.W. Owens were the contractors.  The cornerstone lists L.K. Williams as the pastor, with no mention of the architects or contractors. The building is Neo-Classical in styling with a pedimented entrance.  Over the years, the building has been altered somewhat, but still features red brick and some of the stained glass windows. Not visible from the street is a dome which covers a beautiful stained glass interior dome over the sanctuary.  Currently, the church sits at the edge of downtown with a freeway ending almost at the front door.