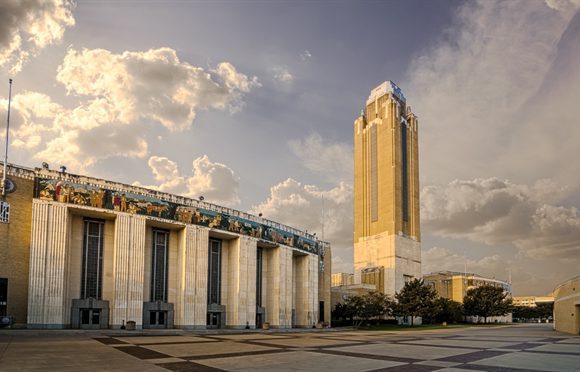 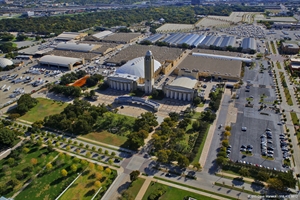 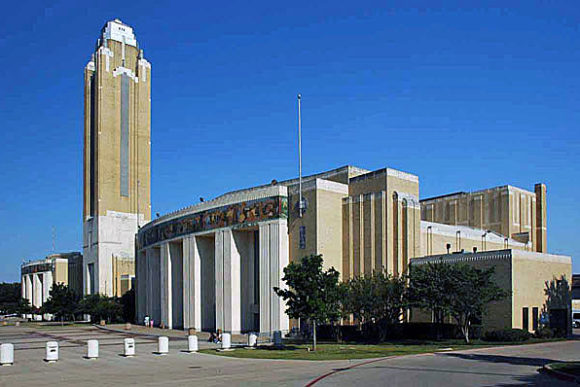 The Will Rogers Memorial Center is a complex of Art Deco styled buildings on 85 acres that offers venues for sports, entertainment and livestock events. Built in 1936 on land provided by Amon Carter the complex has been supplemented over the years with updated facilities. It is currently owned and operated by the City of Fort Worth and is home to The Southwestern Stock Show & Rodeo. The complex is named after American humorist Will Rogers, a close friend of Amon Carter. The Will Rogers Auditorium has 2,856 seats. Also on the property are the Will Rogers Coliseum, Will Rogers Equestrian Center, Amon G. Carter Jr Exhibits Hall, James & Eunice West Arena, John Justin Arena, & the W.R. Watt Arena
The Amon G. Carter Jr. Exhibits Hall features 94,000 square feet of exhibit space, the 18,000-square-foot Round Up Inn and four meeting rooms. The Will Rogers Equestrian Center hosts competitions and livestock shows and has over 2,500 horse stalls.

The complex was designed by renowned local architect Wyatt C. Hedrick who also designed several other structures in the city, many of them in the Moderne (Art Deco) style.