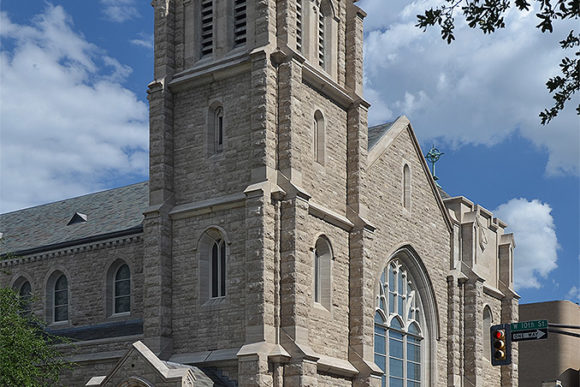 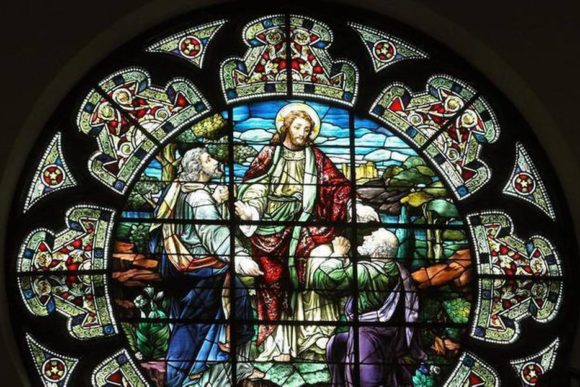 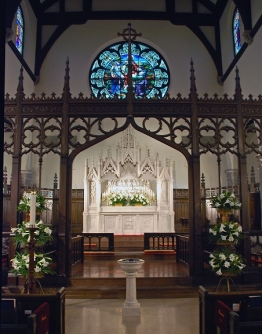 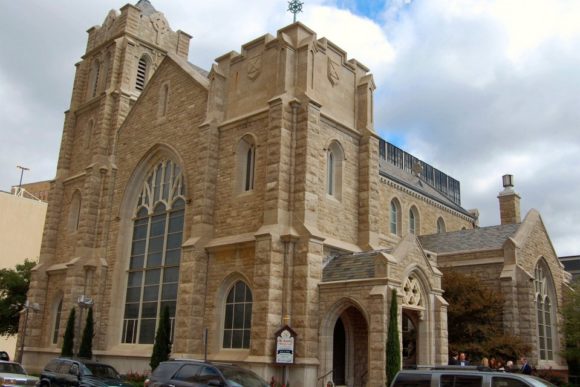 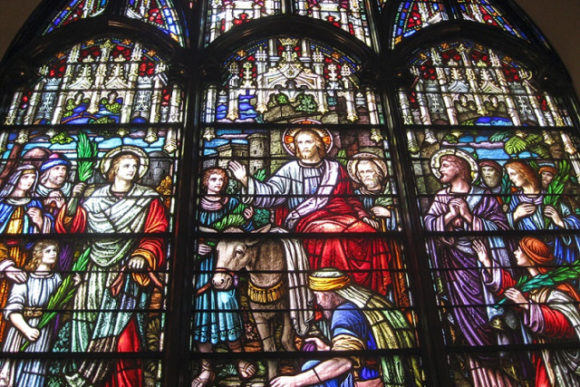 This Gothic Revival church was another of the many Fort Worth buildings designed by Sanguinet & Staats. It was constructed by William Miller Sons and Co. Ground was broken in 1909, but due to a lack of funds, the church took three years to construct. The stone used on the building’s facade is gray dolomite from Carthage, Missouri. The design of the building is Gothic Revival. It is a beautiful church with many stained glass windows, the most notable being the altar, which was made in England. Over the years, the church has been expanded several times and is now a full block in length. The first major addition, was the Parish House, which was built in 1949. It was designed by Preston M. Geren. In 1983, Geren Associated designed an addition that took the building along the entire length of the block along Lamar Street.