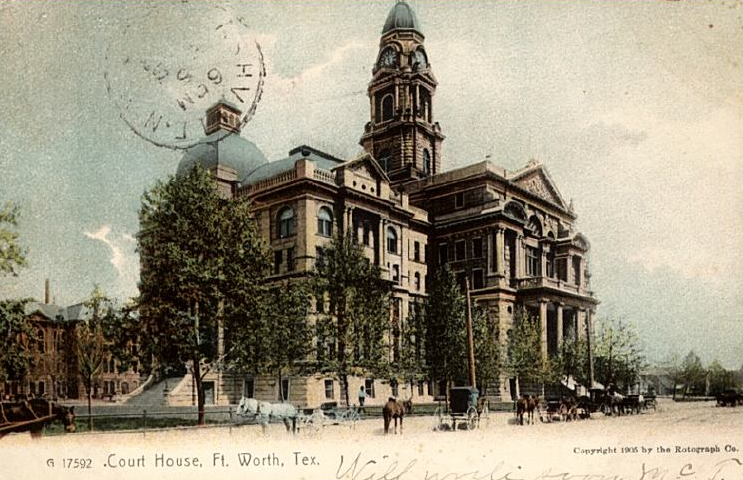 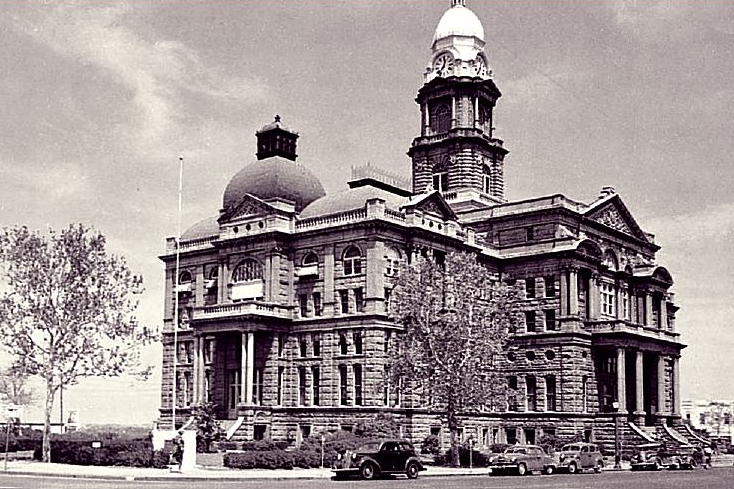 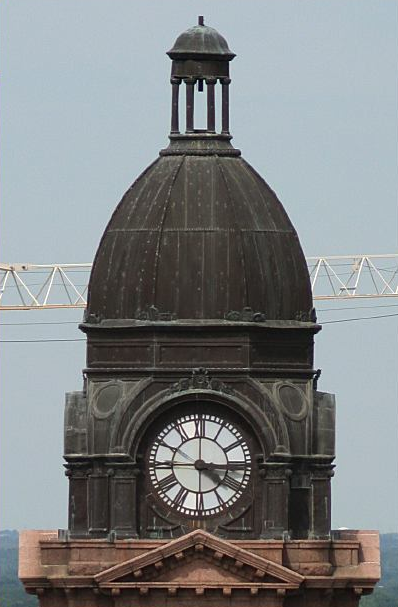 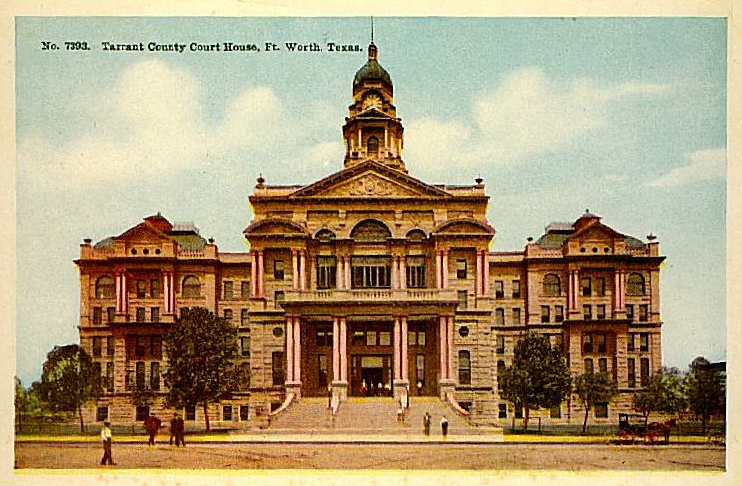 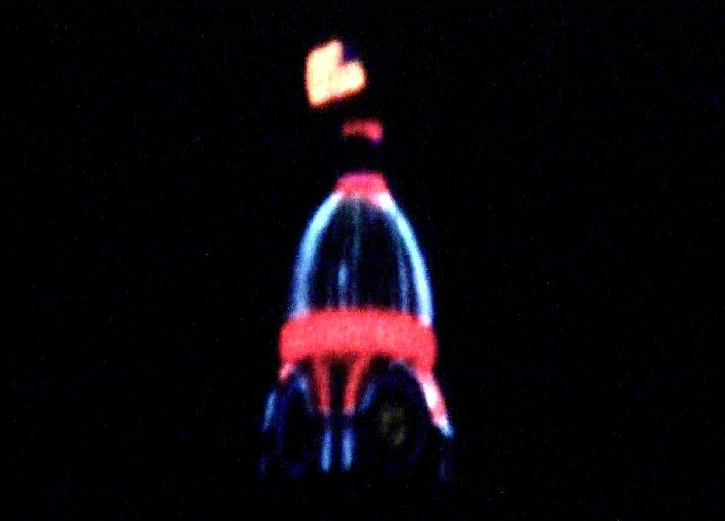 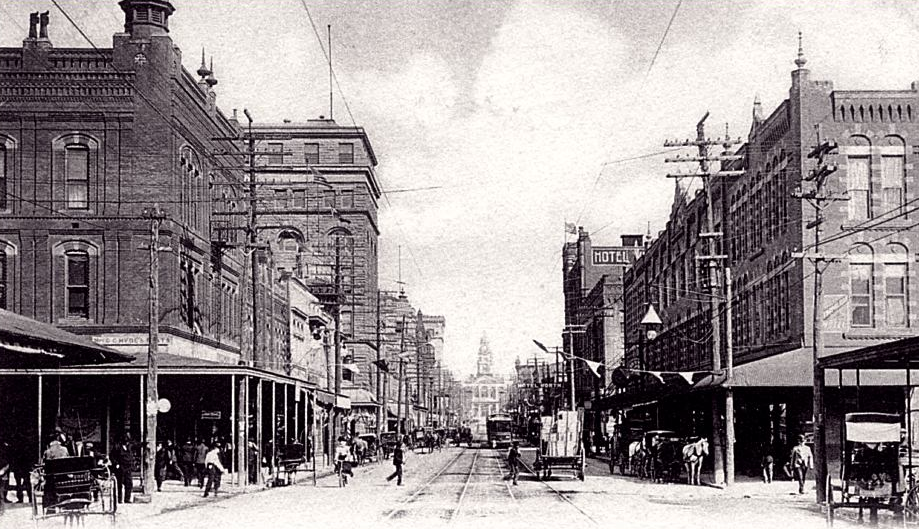 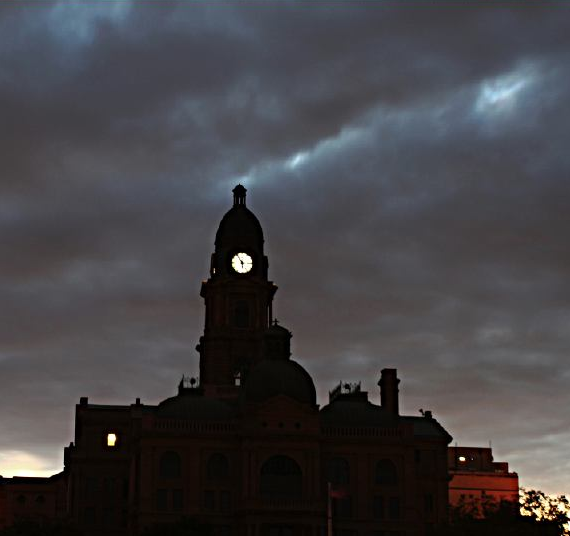 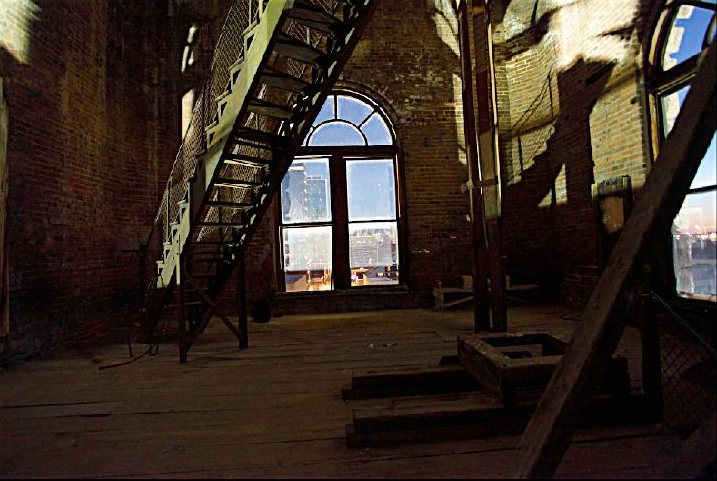 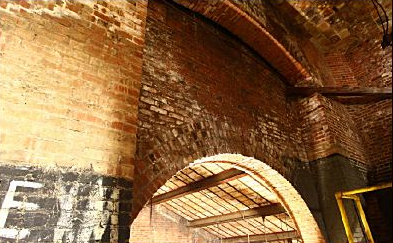 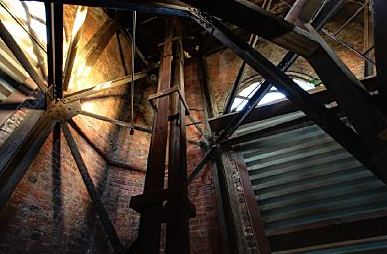 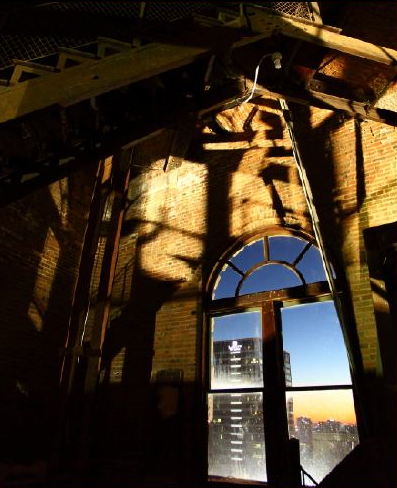 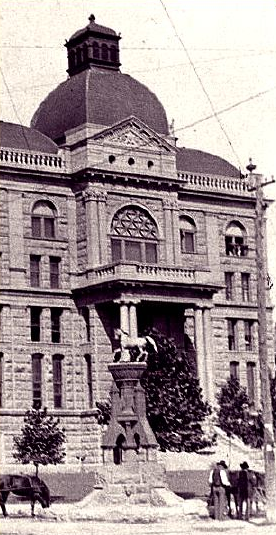 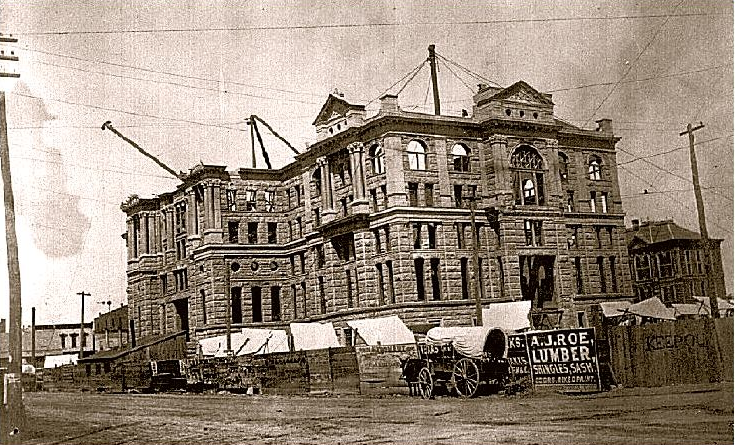 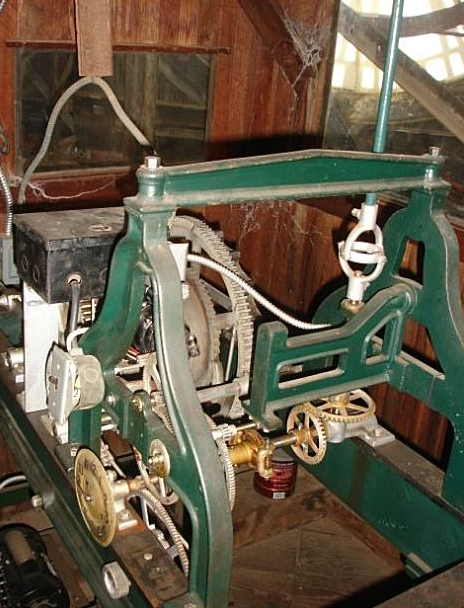 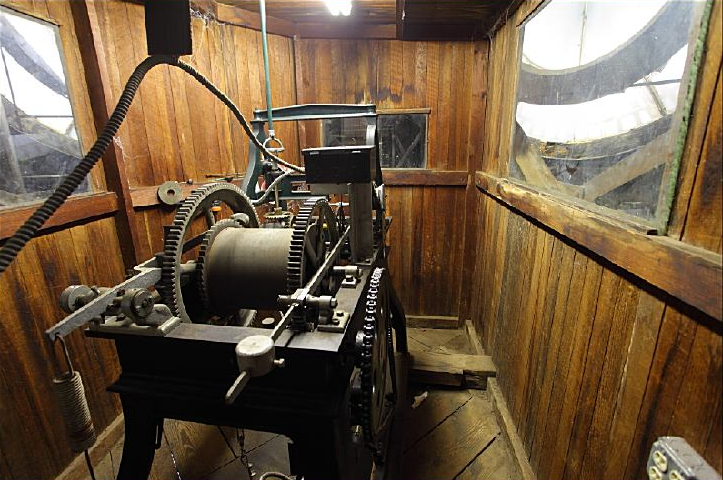 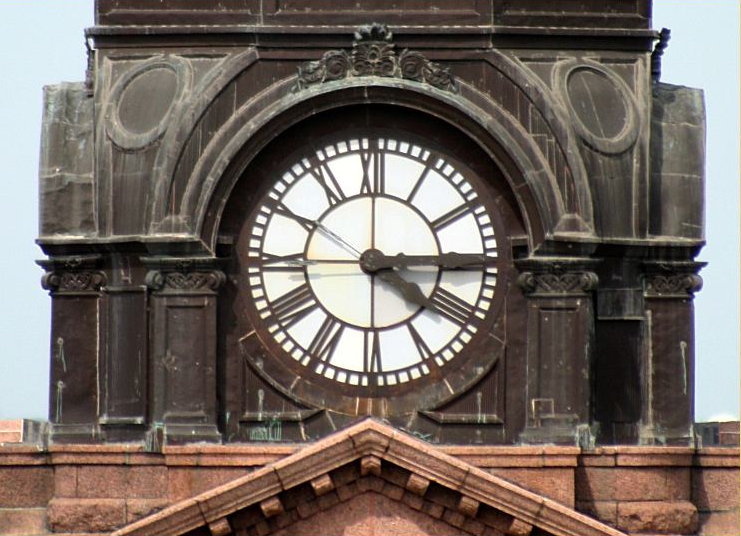 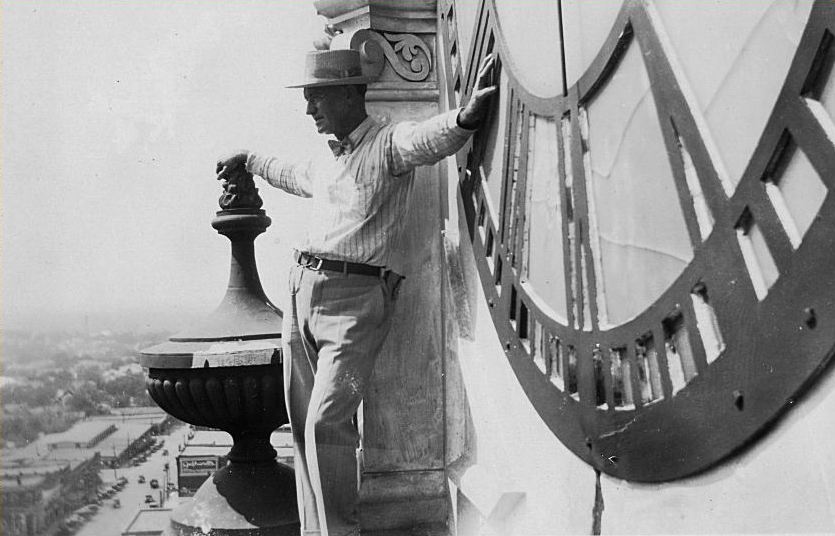 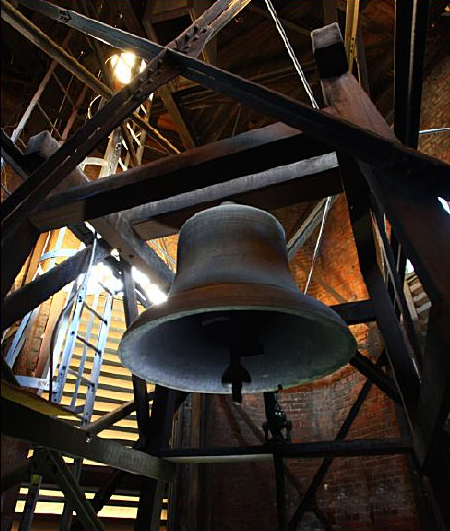 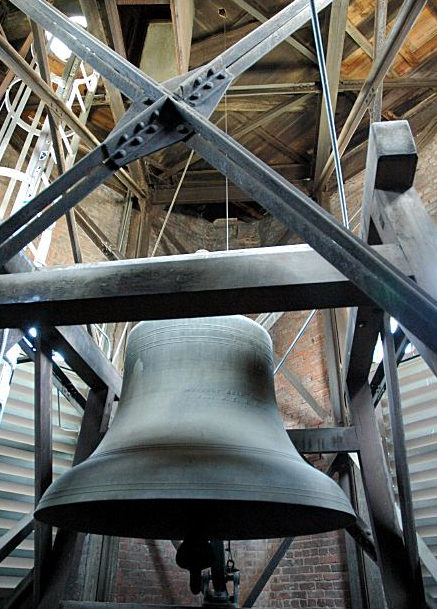 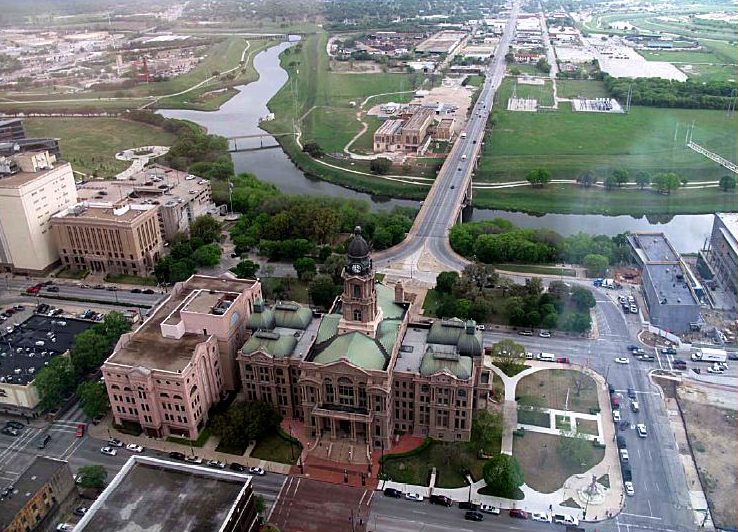 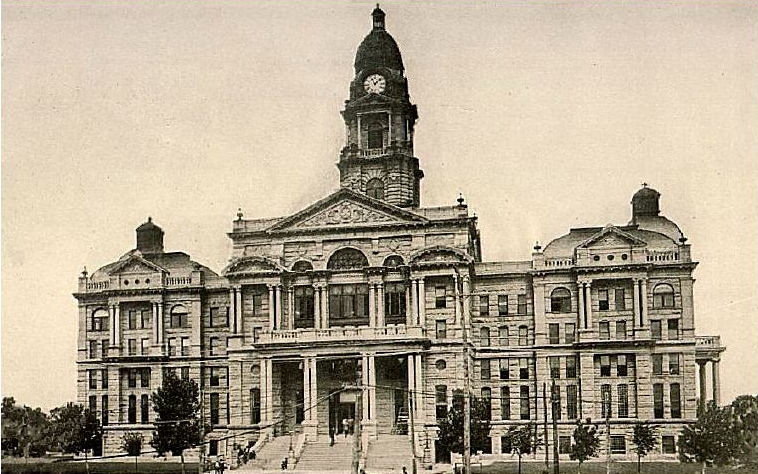 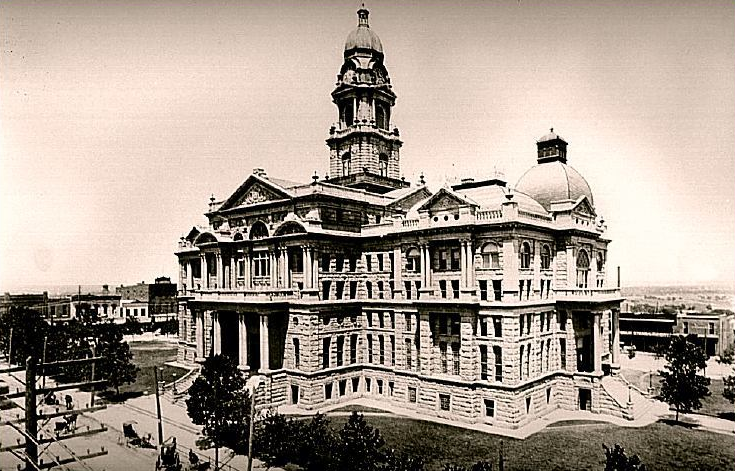 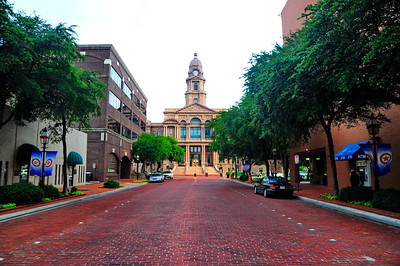 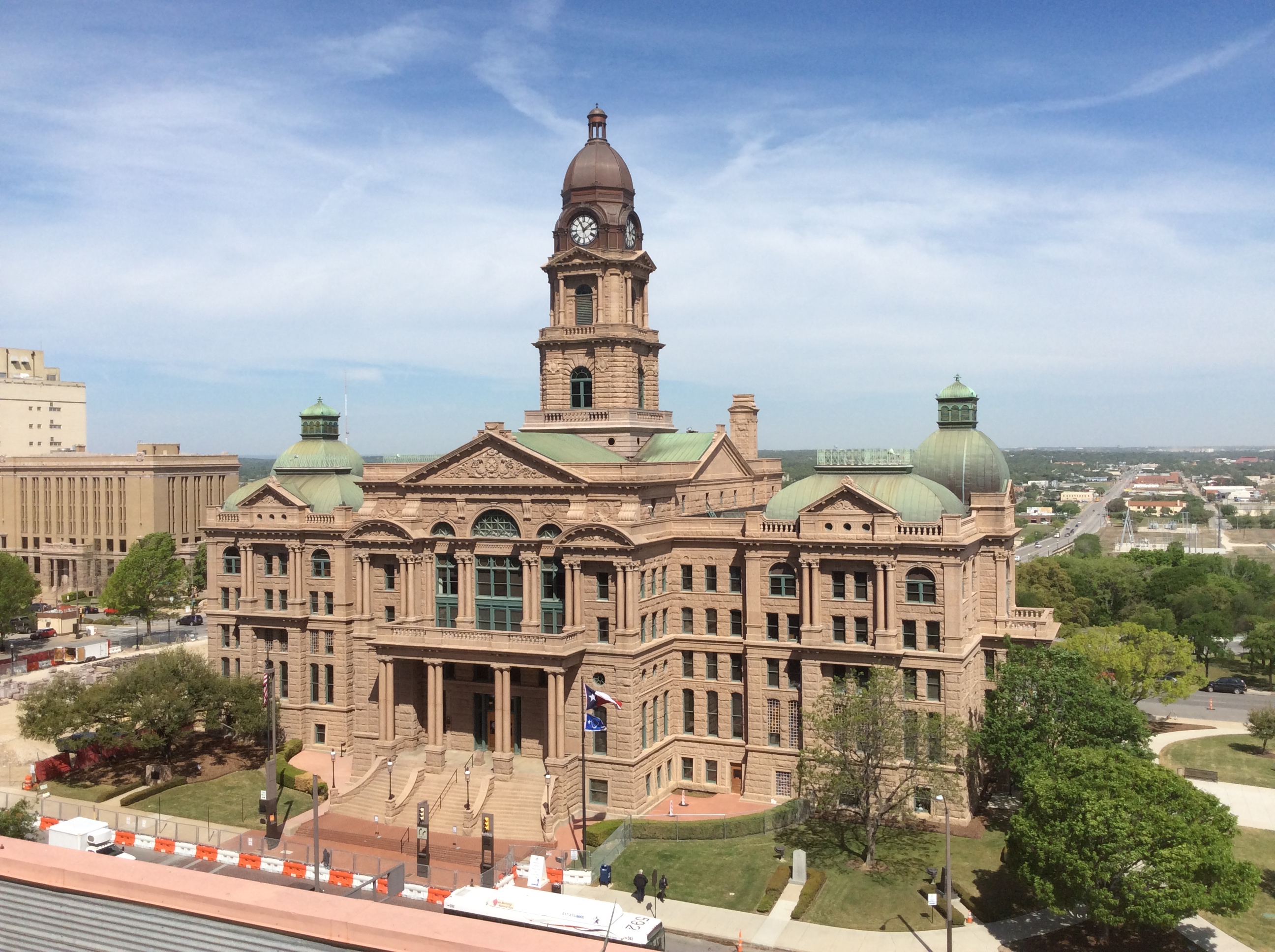 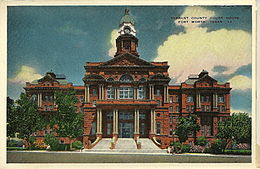 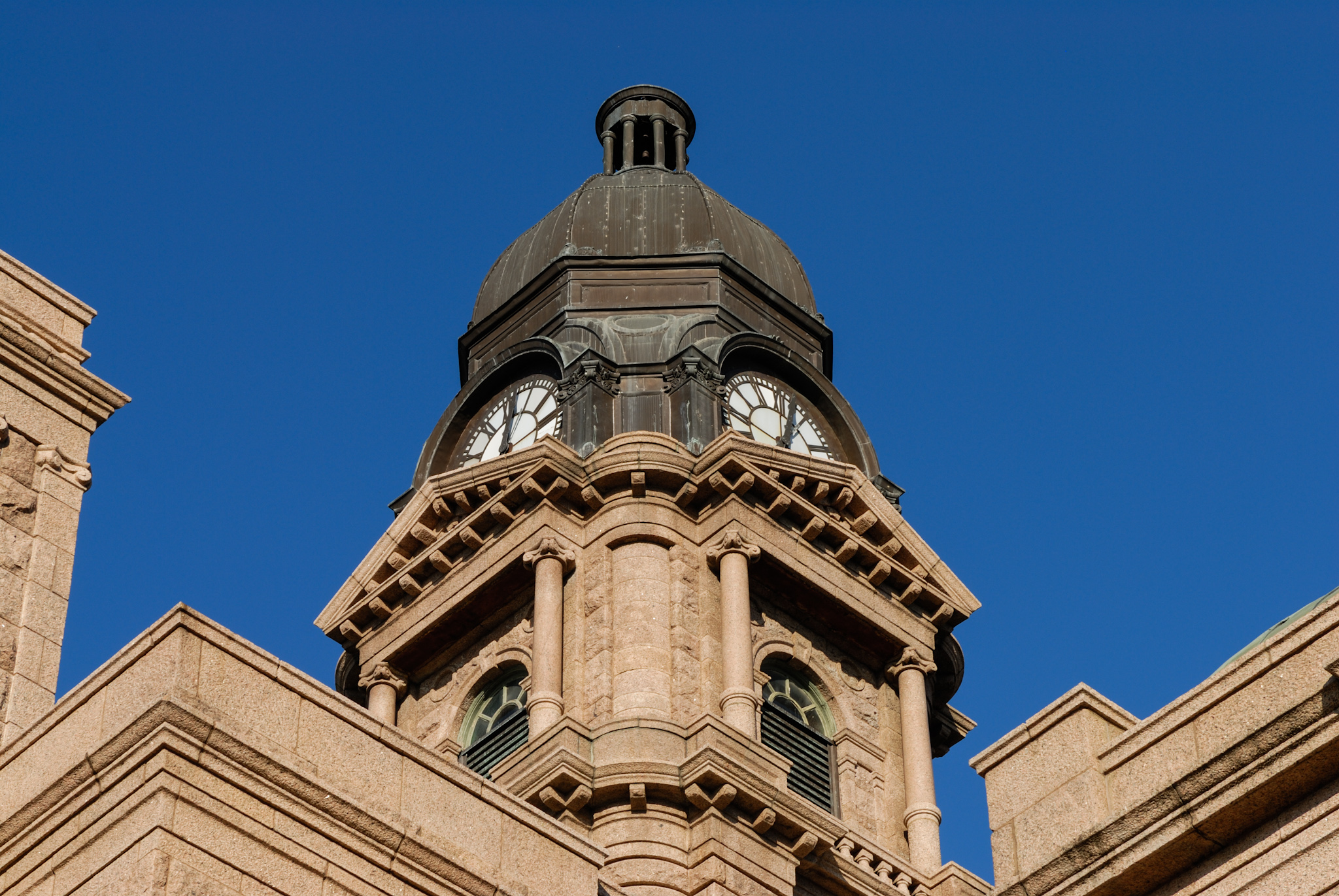 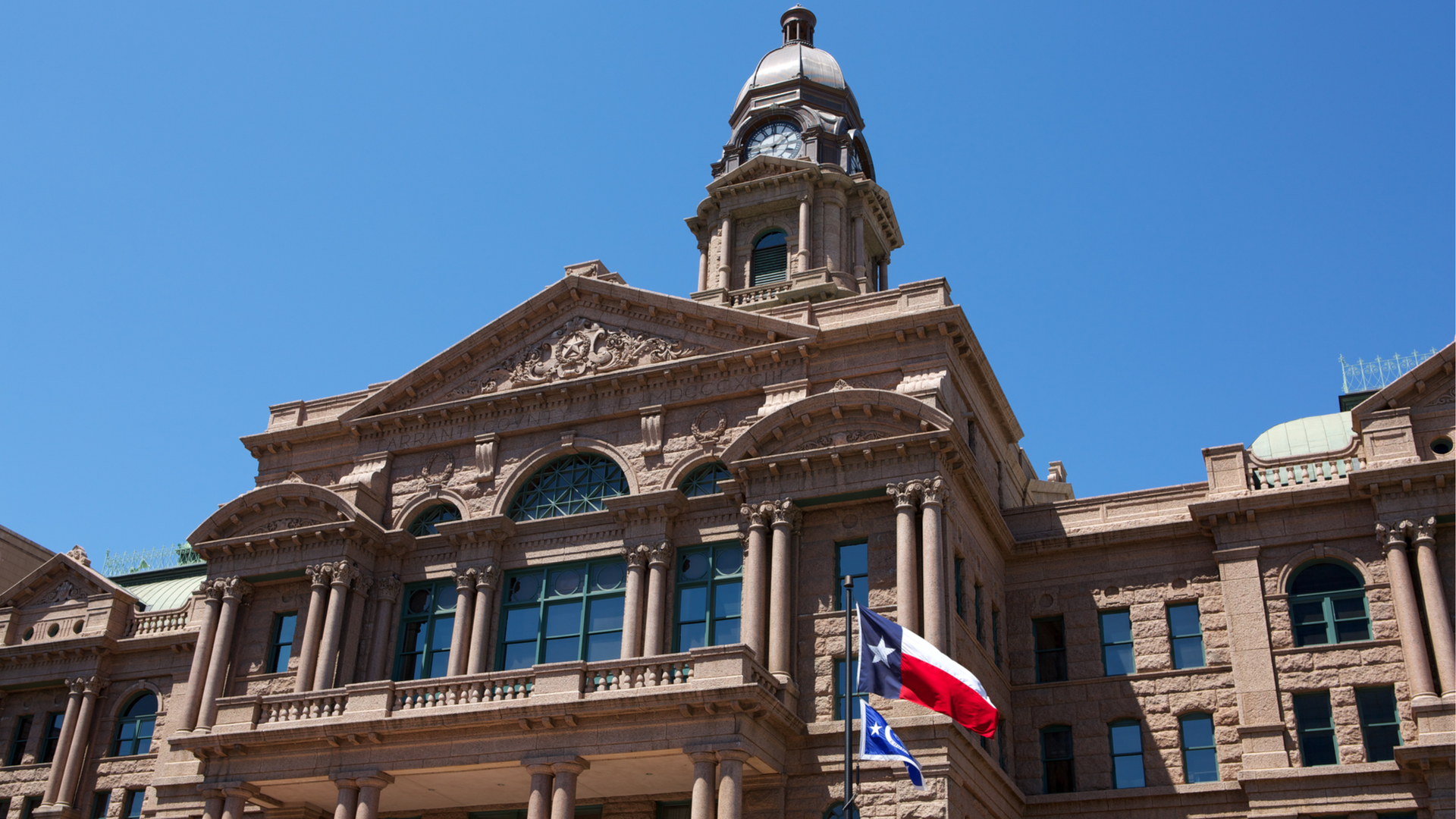 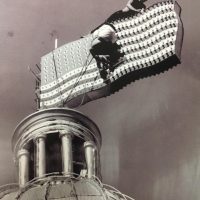 This is one of architectural masterpieces of our city. It serves as the terminus of Main Street and it sits high on the bluff of the Trinity River. It was designed by Gunn and Curtiss Architects of Kansas City and it is a striking example of American Beaux Arts Design. Probst & Co. from Chicago was the General Contractor.  It was modeled after the Texas Capitol Building in Austin and uses pink granite. It was one of the first structural steel framed buildings built in the Southwestern United States. The courthouse is 194 feet in height. If you look carefully at the building, you will notice some of the windows in the basement have bars over them. These were over the land records vault. Over the years, many bad remodel jobs were done to the building, including adding mezzanines, covering up the rotunda in the center, painting the copper dome, outlining the dome in neon complete with a neon flag, and constructing a non-compatible addition on the west side.

In 1958, the County Commissioners devised a plan to add a new Civil Courts Building on the west side of the Courthouse. The west portico was removed to make a connection between the two buildings. The new Civil Courts Building was the part of a master plan to build a criminal courts building on the east side of the Courthouse. The Civil Courts was designed to have more floors added on top and the proposed courthouse on the east side was to be able to be expanded, as well. After both courthouses were complete, the plan was to demolish the 1895 Courthouse and connect the two ends of Main Street. It is fortunate that the plan was never executed.

In 1983, the decision was made to restore the Courthouse to its former grandeur. The architect that restored the building at that time was Ward Bogard. That project did not include the restoration of the dome and clock tower.  That project was completed in 2012 by Architect Arthur Weinman.  In 2014, the Civil Courts Building was demolished and shortly thereafter, the restoration of the west portico was started. This project was completed in 2015. The exterior of the building was used in the filming of the CBS television series Walker, Texas Ranger (April 1993-May 2001).