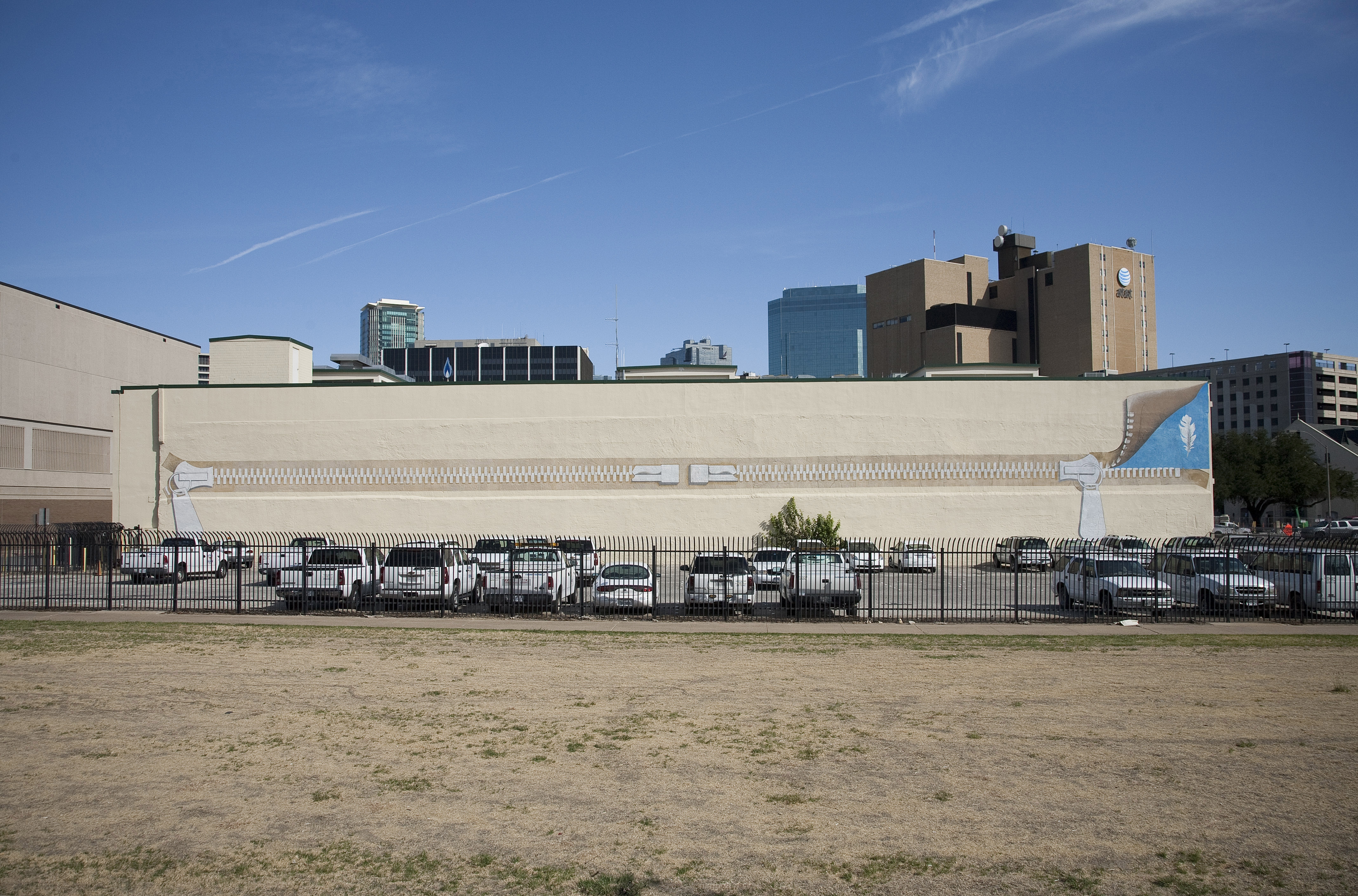 Originally painted in 1974, the untitled work has been affectionately dubbed “The Zipper Mural” by locals. The Art in Public Places project was an initiative designed to bring the wasting downtown district back to life. A cooperative effort of business owners, the Chamber of Commerce, artists and art organizations, the project oversaw 9 large painted murals in the downtown area. The Zipper Mural is the last remaining one.

At the time the painting was created the building was owned by clothing manufacturer Williamson-Dickie. The original mural had the Dickies logo on the zipper tab. In 2005 The Fort Worth Art Commission undertook a restoration. The artist, Stuart Gentling passed away suddenly but the project was taken up by his sister, Suzanne Gentling who is also a prominent Fort Worth artist. The Dickies logo was removed and the clouds in the original mural were replaced by a feather. Stuart and his twin brother Scott Gentling were also the artists who created the cloud and feather murals adorning the great dome of Bass Performance Hall. 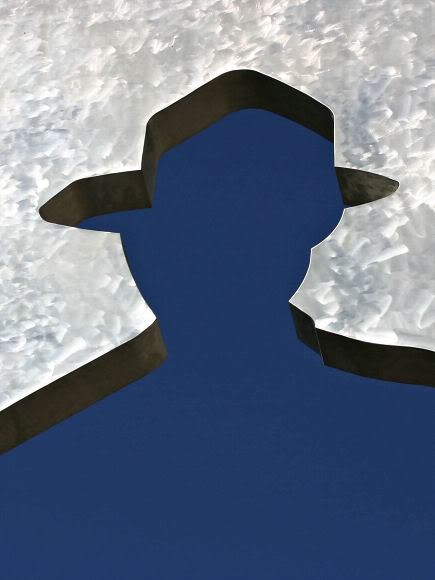