You think it looks great NOW?? 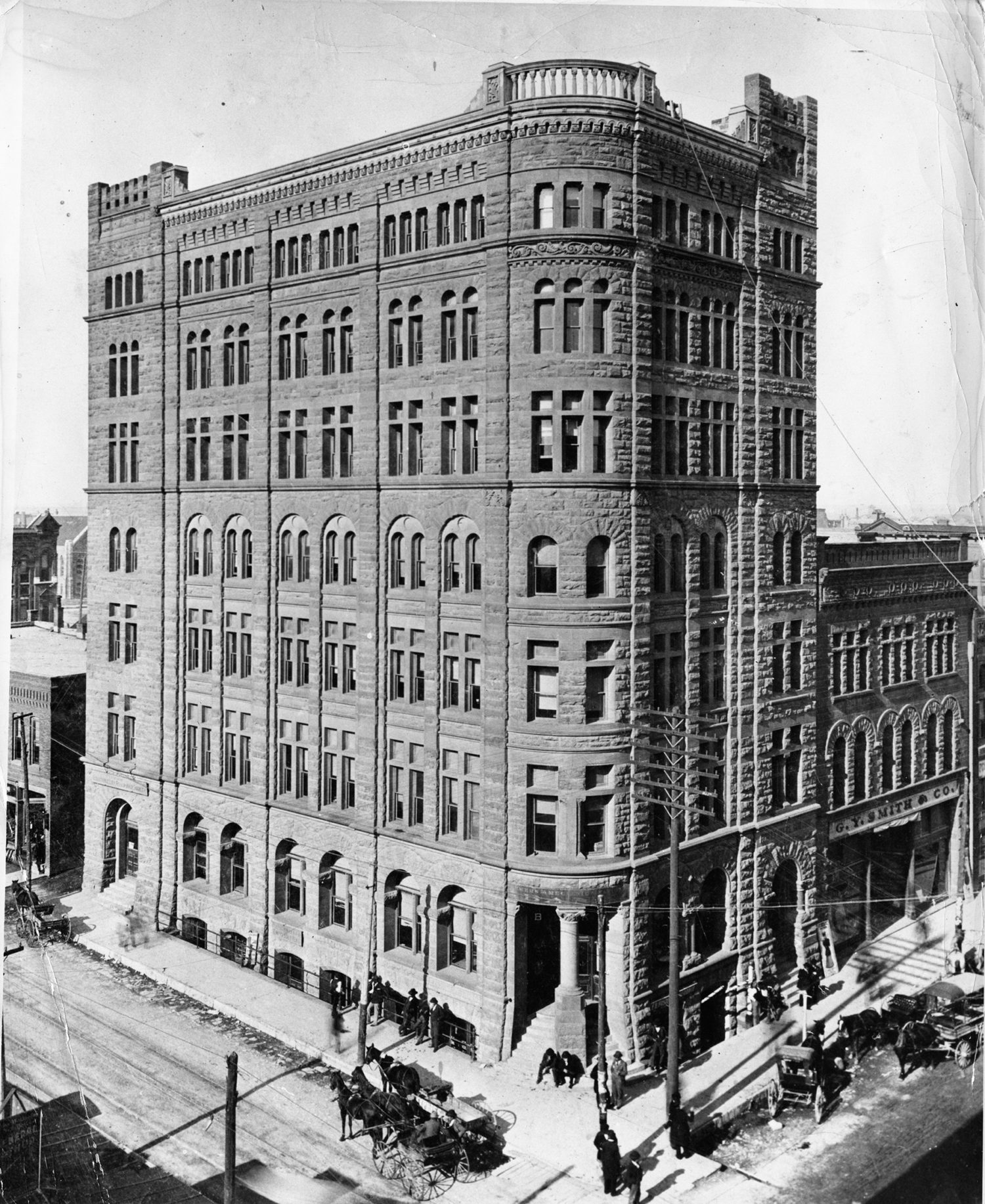 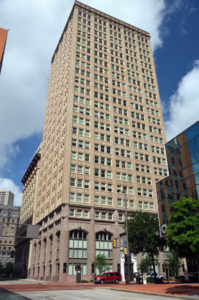 I read a lot of Facebook posts and internet forums about historic preservation and architecture. I believe we should try to preserve beautiful buildings from the past whenever possible, but understand that sometimes if a guy owns a city block he will make a lot more money with a 25-story new building than he would with an old 8-story building, so sometimes the 8-story buildings have to go. Property rights are a good thing. I’m glad we’ve been able to preserve some incredible old buildings in Fort Worth and have to admit that I’m kinda fond of some of the modern buildings too. I like the way that the Blackstone hotel reflects off of the green glass of the 777 Building for example.

Reflexively, people on Facebook are very negative about anything newer and worshipful when it comes to anything old, and I understand that. The point I will try to make in this post is that looking back over time, the newer buildings were often good or better in their own ways than the older buildings they replaced.

One of my favorite buildings in downtown Fort Worth is the one called 714 Main. I think of the building as the “Transport Life Building” but depending on how old you are (or how old you would be if you’d lived longer) you might call it by the original name “Farmers and Mechanic’s Bank Building” or one of the many locations of the historic “Fort Worth National Bank”. The building was beautifully restored to it’s 1920 splendor by Bob Simpson in 2010. We’re all glad that this one may be saved now forever from the wrecking ball. Coincidentally 2 of my other favorite Fort Worth buildings ALSO stood on the very same spot, so while I wish they were still around; I just may like my Transport Life building a bit more than either of them (as beautiful as they were).

The Hurley Building & The Hoxie Building

The four and a half story Hurley Building was built in the early 1890’s and later three more stories were added. This building was headquarters of The Farmer’s and Mechanic’s Bank. After the building was destroyed by fire in 1897 the bank rebuilt a smaller but equally beautiful five story building called The Hoxie Building. Judging by other bank buildings of that time we can only imagine how impressive the lobbies of these two buildings were. If anyone has photos of the inside of these building please send me a copy so I can add them to this post. 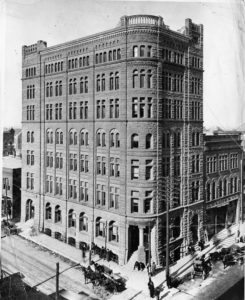 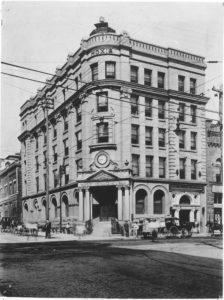 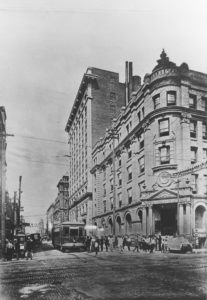 In 1920 the bank had outgrown The Hoxie Building so it was demolished and replaced  with the new 24-story building we have today. Shortly after moving in, the bank merged with the Fort Worth National Bank (the city’s oldest bank) and they continued to occupy the building as Fort Worth National bank but the building was sold and renamed “Continental Life”, the new owner. In 1952 the bank moved to a new building across the street. In 1988 the name of the building changed again to Transport Life when that company acquired Continental Life. In 1997 Transport Life vacated the building until a developer began work on the building in 2004. Before the work was completed XTO Energy, a Bob Simpson company purchased the building and painstakingly restored it for use as a corporate office building.

It’s amazing to me, knowing that the Southwest area of the United States where we live can have 3 successive generations of architectural gems on the same block. So many other aspects of our culture are still like a new frontier compared with the much older cities on the east coast.

If you haven’t taken a close look at the new Westbrook Building that replaced the historic Westbrook Hotel you should go peek in the doors on the Houston Street side. The marble-clad walls, art deco sconces and terrazzo floors look like the elements of an enduring building that people in 100 years will still be fond of. I do wish that we could save them all, but it’s not “progress” that makes us tear things down but sometimes we just have to try to leave a mark from our generation on the city, and hope that time honors the decisions we have made.

Skyline Views of Fort Worth